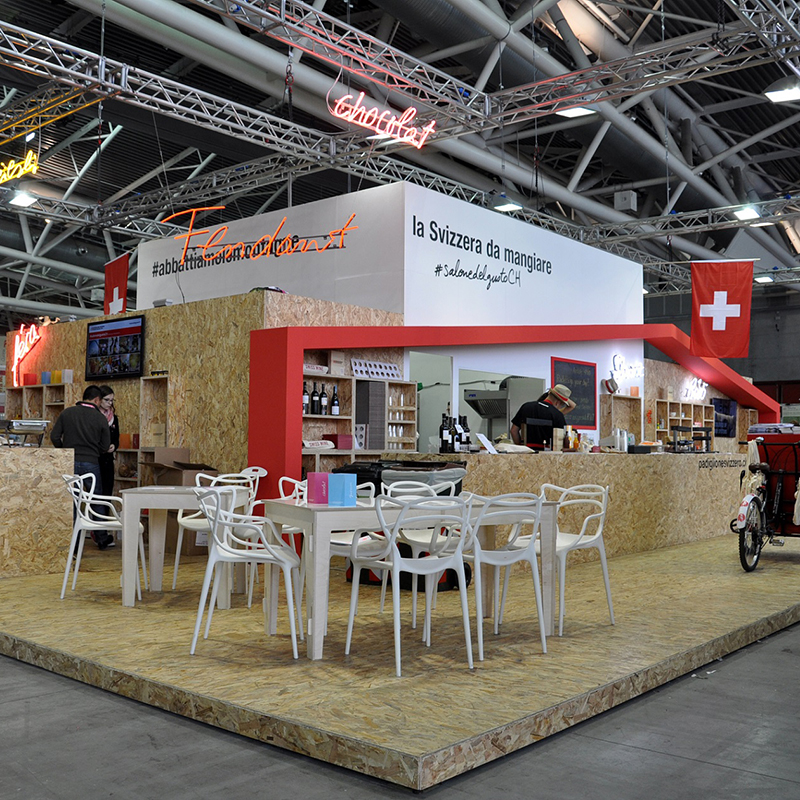 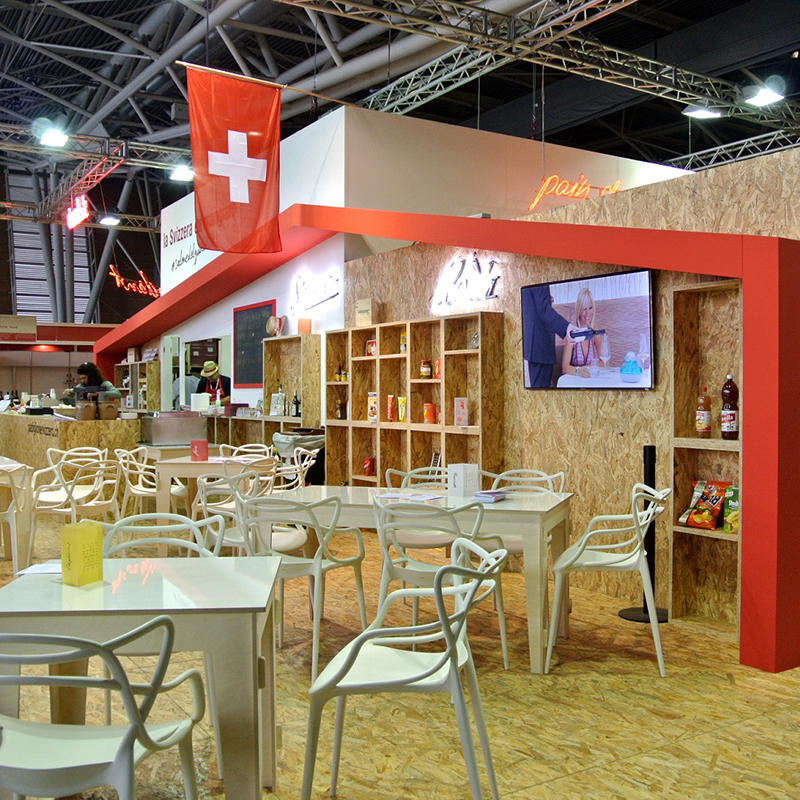 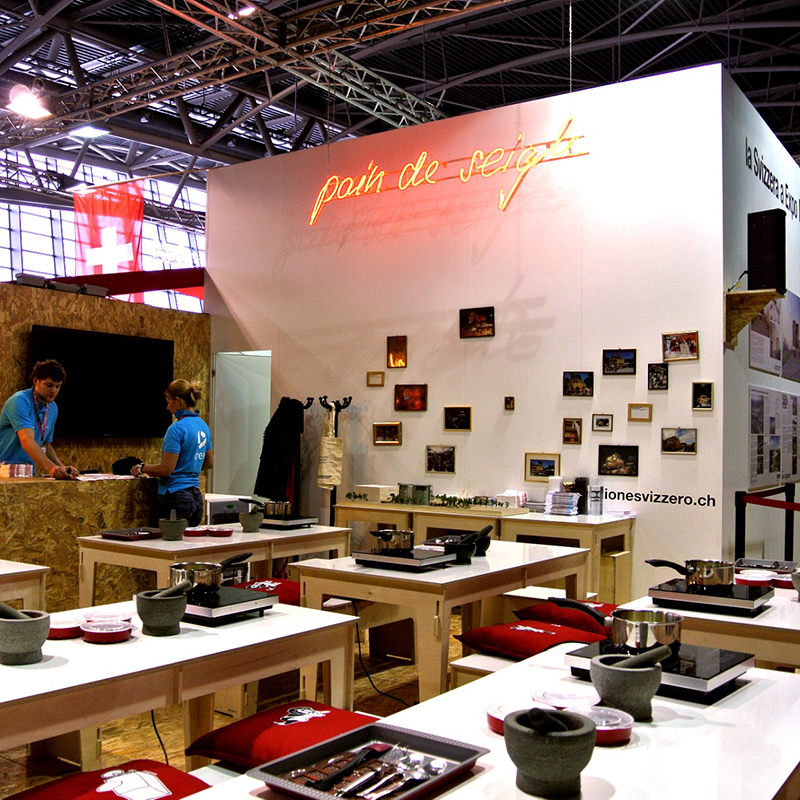 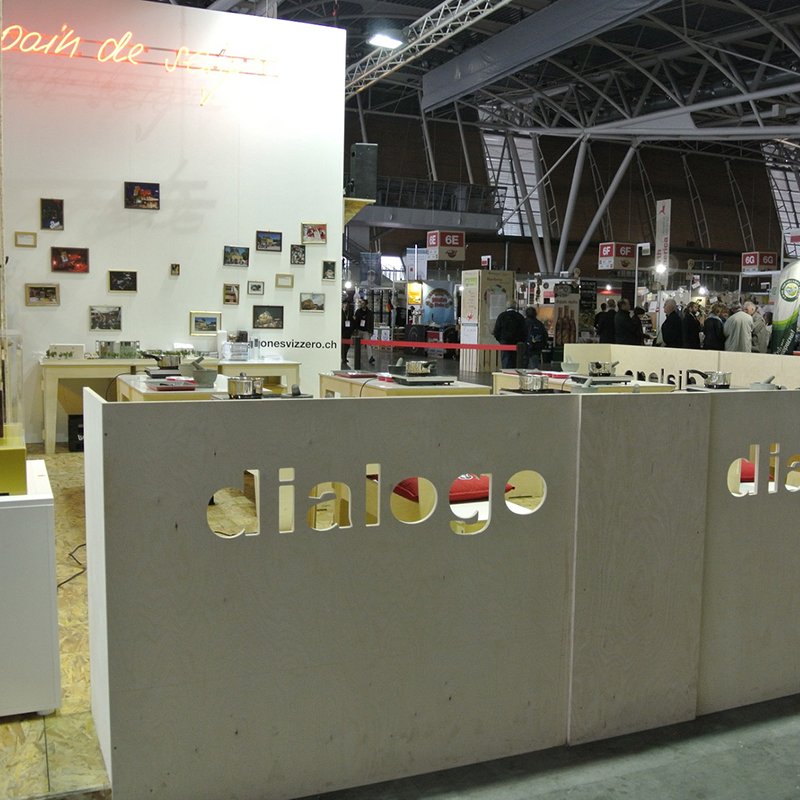 Switzerland took part in the international Salone del Gusto 2014 and was a milestone in the promotion of its flavours and culinary excellence in view of its subsequent participation in Expo 2015. Switzerland is a combination of tradition and modernity, and it is these values that inspired the concept of the stand. The central structure was represented by a modern chalet around a restaurant area, a food tasting workshop, a bar and an area for the presentation of typical products were developed. Chairs in plexiglas with wooden tables built without the use of glues, solvents and metal inserts further enhanced the combination of the traditional and contemporary. The entire space became more vibrant using neon signs, produced by using the ancient technique of blown glass, which were fixed on to walls in addition to being suspended from a truss.