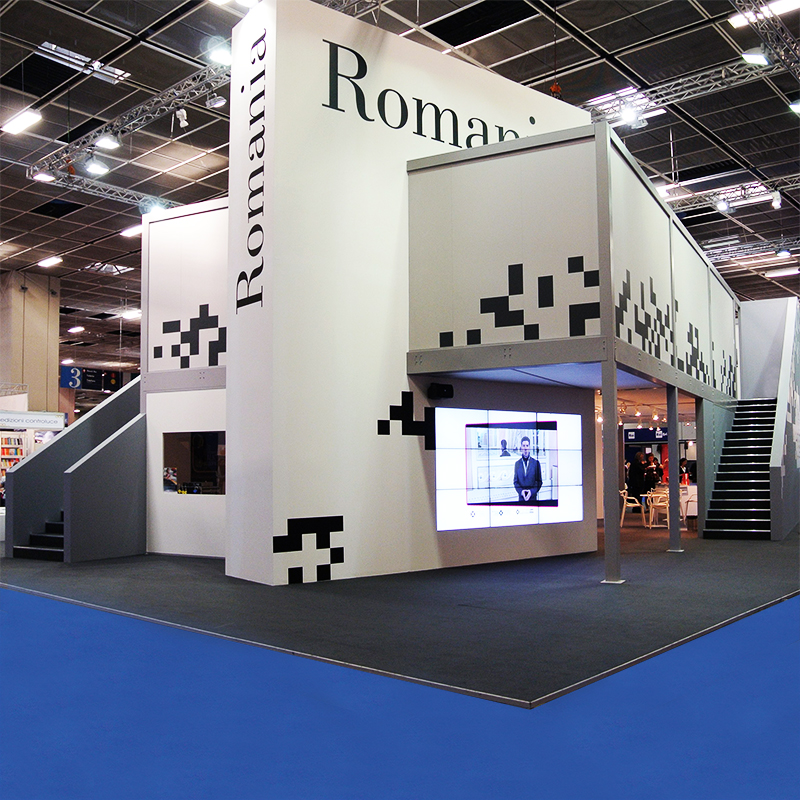 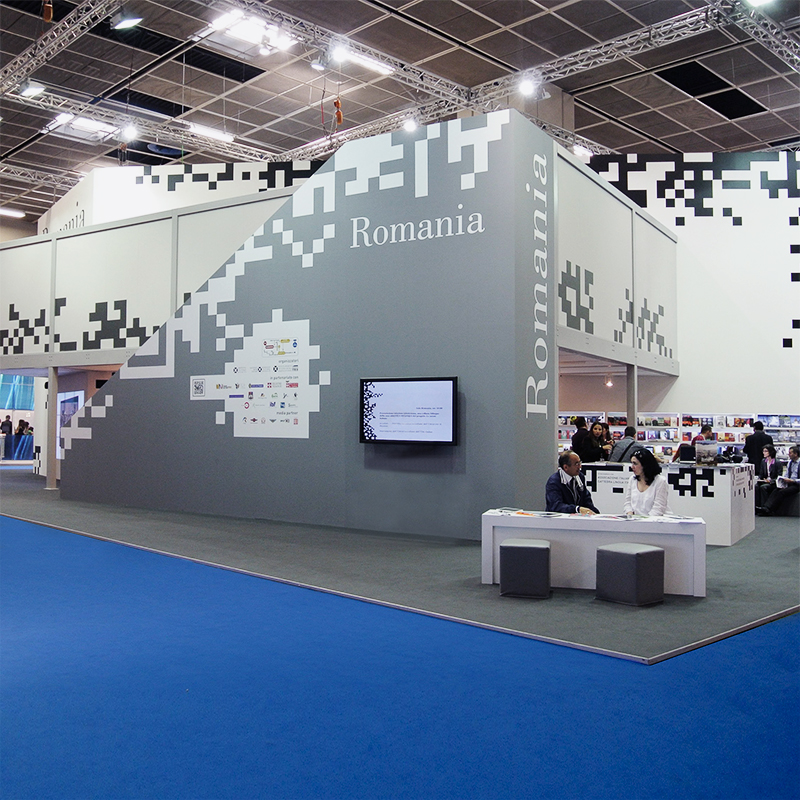 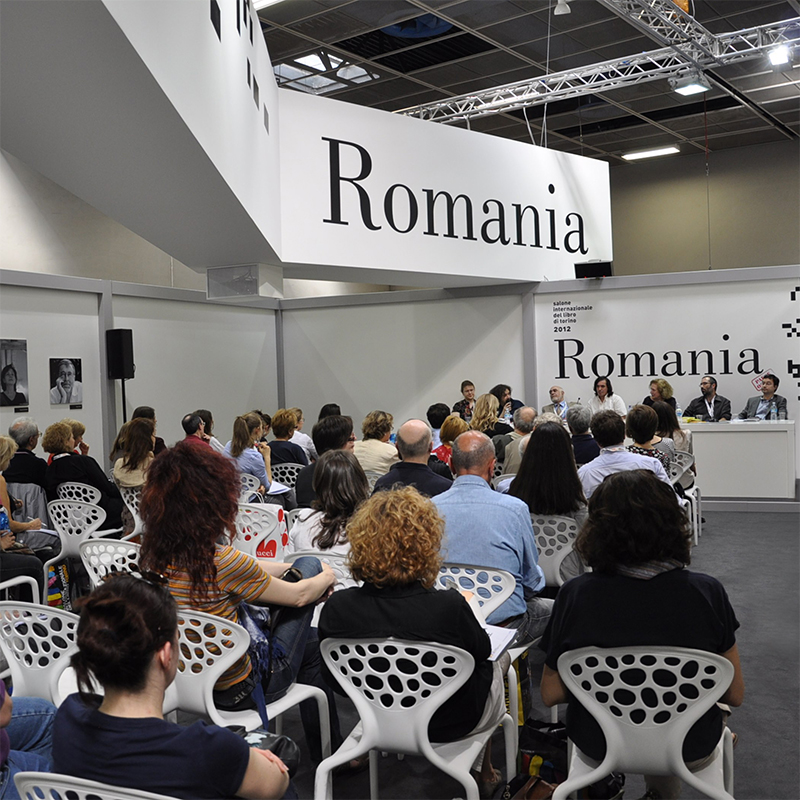 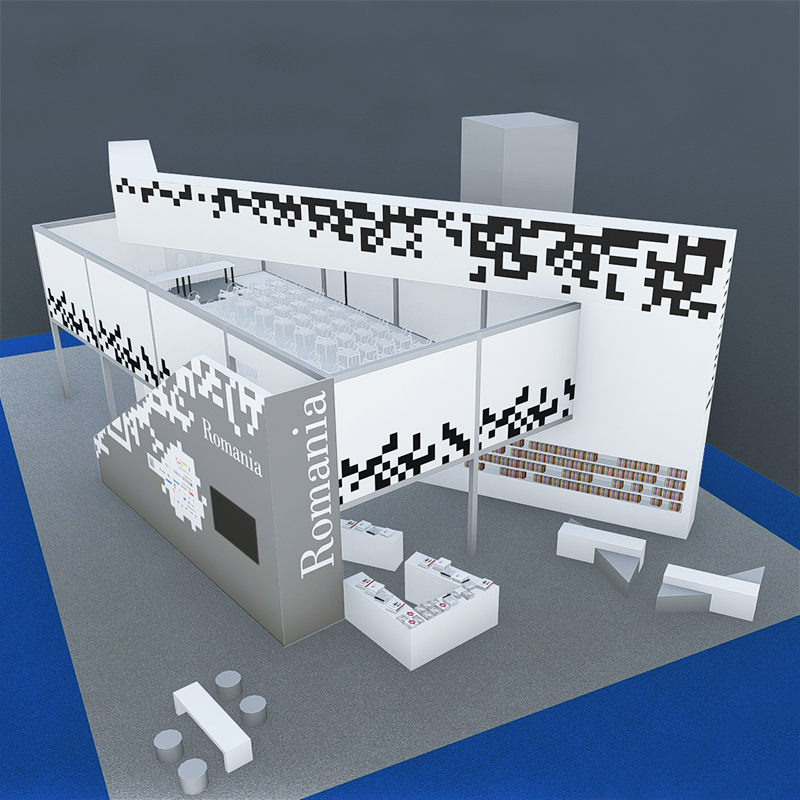 Romania was the guest of honour at the Salone Internazionale del Libro 2012 and it took part in it with a two-story stand. The ground floor was a multifunctional area composed by a big bookstore in which Romanian works were displayed, a reception, an area dedicated to the musical, theatrical and cinematographic culture of Romania, an interactive library and a radio booth. Two lateral staircases brought to the first floor where there was a congress room equipped with an audio installation and simultaneous translation mobile booths. The graphics was consistent with the fair layout “Digital Spring” and evoked QR codes.